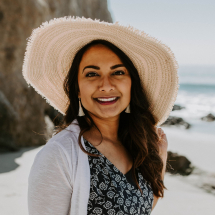 Joanna J. Self is a soprano who absolutely loves to share her passion for singing! She is a mezzo-soprano but can also sing high soprano comfortably. She has had many years of experience in teaching all ages starting from as young as four years old to over 40. The ultimate goal she has for her students is "excellence," not "perfection." She believes that anyone can learn to play or sing a song, but it takes excellence to perform a piece with not just your brain, but your heart! She also knows that learning is not a competition, and everyone grows at their own pace. With this in mind, she helps her students enjoy the journey and helps set goals so they can always see progress. Her bubbly personality eases the nerves of young beginners and encourages those who are still searching or wondering if they have a hidden talent.

Joanna is a Canadian vocal instructor who received her musical training in both Canada and the United States. She is from Ontario, Canada and is currently living in Castle Rock, Colorado with her new husband, Luke. She received her bachelor's degree from FBCC in Ajax, Canada where she majored in Education and minored in Music. She also received two Master's Degrees from WCBC in Lancaster, California in Secondary Education and Music.

Joanna was a private piano/voice/violin/theory teacher at Durham School of Music in Pickering, Ontario, Canada from 2011-2015 before she opened up her own business. She was the private business owner of Making Melodies Music Studio which had over 100 students go through the years. She has also conducted six annual student recitals which contained at least 30 of her private students where she presented awards and recognitions. Two private students were awarded gold and silver at the provincial Kiwanis Music Festival in Toronto, Canada in 2016.


She loves to be involved in the worship team and choir at her church and various musical events. She participated in Kiwanis competitions (Toronto, Canada), Annual Student Conventions, and other various musical contests. She toured with vocal groups nationally for four summers promoting her college at FBCC in Canada and for an additional two years promoting WCBC where she completed both of her Master's Degrees. Her vocal groups toured Eastern Canada, Michigan, California, New Mexico, Arizona, Texas, and Colorado.
Joanna was privileged to record a solo in a friend's CD album entitled "Grace So Amazing" in 2014. She also recorded in several trio, ensemble, and choir songs and music videos for both colleges she attended for her bachelor's and master's that can be found on Spotify, Youtube, and Apple Music.

Recently, Joanna was a college music professor at WCBC in Lancaster, California where she taught a variety of piano and vocal classes before she moved to Castle Rock, CO after her wedding in May 2020. Her hobbies include traveling, photography, writing music, singing in church, recording in CD albums, scrapbooking, cooking/baking, and spending time with friends and family. Although she is far away from what she always knew as "home," music always seems to bring her back. She desires that each of her students find "home" with the music they learn.