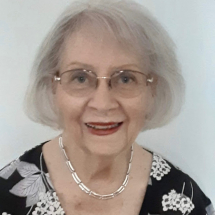 Jo Paxton Clark started taking piano lessons at an early age when she started showing an interest in playing the piano, and discovered she has perfect pitch. She took lessons for many years and when in high school played as part of school assemblies with other students doing various forms of entertainment. She performed regularly from the age of 17 at the Furr's Family Restaurant in Lubbock and played for many years, and she continued to perform at a branch of that restaurant in Richardson for many years. They always had a beautiful grand piano in their restaurants and Jo made many friends while playing at the restaurant and would play special favorite pieces for them when they came in. She played popular/contemporary music at the restaurants and a few classical pieces that some of her friends requested, such as Beethoven's Moonlight Sonata.

Throughout her life she has participated in church music, playing for choirs and also singing in choirs. She played for the young adult choir while she was at Lovers Lane United Methodist Church in Dallas. When she moved to a small town in Texas, she was the pianist for both contemporary music groups and the church choir at the First United Methodist Church of Athens, and then was asked to learn to play the organ, which she did. She taught herself to play and said that was one of the most difficult things she ever did! She played the organ for 6 years while there, then moved to Tennessee and was fortunate to find the First Baptist Church of Gatlinburg, Tennessee, that needed an organist, and she played for that church for 8 years. Playing the organ has been a very special part of Jo's life.

While living in Tennessee, a friend of hers asked her to write the music for a song that she wanted written. Her friend said the melody and words to the song just came to her, and she needed someone to write the music for her. Jo wrote the music and the song is now copywritten and published. It is called "May You Always Have an Angel By Your Side" and became a favorite song of her friend's church and was sung often.

Jo moved back to Texas in 2020 where she has resumed teaching piano lessons. When not teaching Jo enjoys painting and quilting and has made many beautiful pieces that have been given to friends and family members.