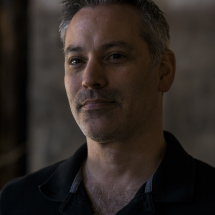 Jason Far is first and foremost and educator and he would say "coach". Having begged his parents for guitar lessons at an early age and finally getting his wish at the age of ten, Jason has never stopped enjoying the thrill of playing and continuously learning. Starting with classical guitar lessons for several years and then moving on to jazz until he went off to college where he studied music theory. 30+ years later, after honing his teaching skills in the extremely difficult and dangerous sport of gymnastics, Jason has shifted his teaching and coaching skills back to guitar.

While still in high school Jason began coaching the sport he was in (Gymnastics) and that turned into a 30 plus year career. Becoming an engineer and going into management while still coaching gave Jason his philosophies on teaching and being a leader. Working with athletes ranging from beginner to elite Jason developed a knack for connecting with his students that he brings to teaching guitar. A reason Jason gave for staying with gymnastics and music for so long is that there is never the possibility of running out of things to learn and improve on. His philosophy is "Educate and Inspire". The desire for his students to get the most out of learning is what drives Jason. He is enthusiastic and wants the student to get as much joy out of music and learning as he does. He believes that you are not just teaching music but, teaching people life skill as well. "Not everyone becomes an olympian or a rock star but, everyone should love what they do. When students grow up I want them to look back on their time spent with me and be glad they spent the hours learning and practicing."

Jason owns a local small business and when he's not teaching you'll find him running his business.