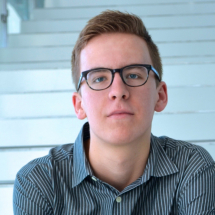 Downbeat Award-winner Jack Schunk is a drummer, pianist, educator, composer, and bandleader based in Miami, Florida. In addition to his own group, the Jack Schunk Trio, he has performed with Grammy-winning musicians Eric Marienthal, Ed Calle, Dave Weckl, and Randy Brecker. Schunk has performed at the John F. Kennedy Center for the Performing Arts, the Peaks Jazz Festival, the Umbria Jazz Festival, and the Sundance Film Festival.

Schunk has taught for over six years, and has a firm background in formal music education. He has taught private students ages four to adult. He has played the piano since age seven, and the drums since age 9. He has studied privately with some of the most in-demand drummers and drum educators in the world, including Nate Smith, John Riley, Dan Weiss, and Kendrick Scott. At the University of Miami, he was a Weeks Scholar and Foote Fellow, and graduated cum laude from the Frost School of Music with a Bachelor of Arts in Music. At the Frost School, he studied jazz drum set performance, classical composition, and music production. He is also a YoungArts Foundation alumnus.

Jack Schunk performs principally with his trio at venues like Sunset Tavern, Lincoln's Beard Brewery, and Floyd. He also performs as a sideman in other bands in electronic, jazz, and rock styles. In addition to his activities on the drums and piano, Schunk has also composed several short film scores and is a producer and songwriter.