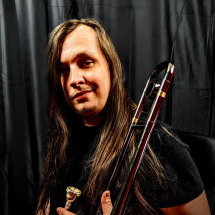 Charles Mayerhoff is a Composer, Trombonist, and Audio Engineer. Beginning at a young age, Mr. Mayerhoff’s fascination with music became a lifelong passion following him all the way to the University of Central Florida where he studied Music Performance and later Music Composition.

Mr. Mayerhoff has performed in both live and studio settings throughout the state of Florida, and even outside of Florida with notable performances in Carnegie Hall while still in High School. While putting himself through College and University, Mr. Mayerhoff worked with local Florida bands in both performing, where he learned the Bass Guitar and Ukulele, and audio production roles, where he learned about Music Technology. After a brief period of Soul-Searching Mr. Mayerhoff has relocated in Denver, Colorado with plans of continuing his musical endeavors.