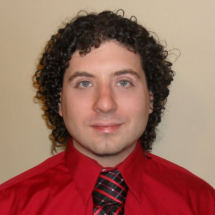 Hart began playing piano and singing, and taking classical training at three years old. By the time he was eleven years old, he could figure out any piano piece by the sheet music, and started composing music of his own. Later in his teenage years, he began playing in various jazz and rock bands and songwriting. Around this time, he also began to learn guitar.

Throughout college, Hart played in various rock bands including the first incarnation of Dark Night of the Soul, and began expanding his musical training in jazz, blues, and various world music, incorporating more influences. Through his expanding musical education and dedication to honing his craft, he was the featured composer and performer of the classical piano event Young Performers of Atlanta presented by the Atlanta Music Club several times.

After college, Hart recorded The Ghost of Rock Awakens, an album of original guitar rock ballads. This project allowed him to learn sequencing, MIDI, and various computer generated music programs. This expanded his talents into learning how to mix computer generated music with live guitar and voice for live performance; He toured Atlanta and surrounding areas as Hart Deer and performed at several festivals, and eventually out of this experience formed a band, Soul Fire, a psychedelic rock trio who continued to tour music festivals and venues including Space Rock Con. In addition to singer/songwriter, rock touring band, Hart Deer also composed his first rock opera in 2012, and a matching screenplay in 2014, and is currently working on the studio recording and production deal for this project.