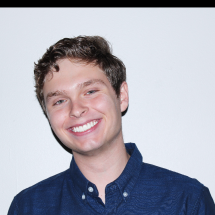 Guido Parente has been playing music since the age of 10. His education started with french horn followed by the trumpet one year later, with him learning piano shortly after. While in high school, he played piano for musical theater performances including the school performance of "Legally Blonde" which went to state competition. He has worked as a studio musician with several bands and has performed extensively including music festivals like Sunfest of West Palm Beach. He began his college education at Florida Atlantic University where he joined the national music fraternity Phi Mu Alpha Sinfonia before transferring to the University of Central Florida to complete a degree in education. He is an experienced private music teacher having taught for years in the South Florida area.