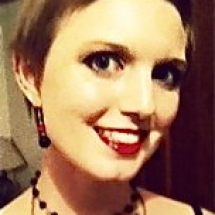 Erin was born in Atlanta, GA to musicians Michael Moore (Tuba, Atlanta Symphony Orchestra) and Paula Peace (Piano, Atlanta Chamber Players). She began studying piano with her mom at the age of 7 and was given a cornet by her grandfather (former ASO tuba player E.W. Moore) shortly before starting 3rd grade. She took to the cornet immediately and joined her elementary school band that fall. In the 6th grade, she was blessed to have Rick Rodriguez as a band director and participate in the Inman Jazz Eagles, her middle school’s jazz band, which received critical acclaim, performed all over Atlanta (including City Hall), participated in high school jazz festivals, and recorded a CD and video. Mr. Rodriguez was a very inspiring teacher, and Erin has known since she was in the 7th grade that she wanted to be a teacher, so that hopefully she can in turn inspire future generations. In 2000, Erin transferred to the newly-opening Atlanta Girls’ School, where she was the force behind the jazz and instrumental programs – as well as 2nd soprano section leader in the top choir.

In 2005, Erin began her undergraduate career at Lawrence University in Appleton, WI, where she confirmed her desire to be a band director and pass along her love for music. She graduated in 2010 with a Bachelor of Music in Instrumental Music Education as well as Trumpet Performance and returned to Atlanta.

Since then, she has taught with Music Matters After School band programs in Fulton and Cobb counties and returned to the Atlanta Girls’ School to restart the jazz program and give back to the school that helped her become who she is today.