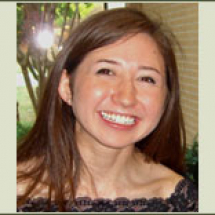 Elica Mori started her musical training in Kawasaki, Japan at age seven. As her family relocated to different cities in Japan, Elica continued practicing on her own, and when the family moved to Yokohama, she was accepted into the studio of performing artist Chiharu Taguchi, a graduate of Juliard School of Music. Under strict instruction of Ms. Taguchi, Elica developed a strong foundation in classical music and had the opportunity to perform in a major concert hall with Ms. Taguchi's students for a charity concert.

After studying with Ms. Taguchi, Elica went onto the Kawai School of Music to study under the Kawai method and performed in various recitals with the school. After some time in South America, Elica's family finally settled in Kennesaw, Georgia, where Elica finnished High School at Harrison High School and continued studying piano under Barbara Culbertson. Although unsure at first, it didn't take long for Elica to decide on a major in Piano Performance at Kennesaw State University as she realised her undeniable passion for music.

Elica is currently completing her last semester at KSU under the instruction of David Watkins. She has and continues to be an active performer and accompanist in various competitions and recitals, as well as chamber groups. During her time at KSU, Elica has developed a new passion to teach and inspire students of all ages who love music and desire to share their passion with others. Elica plans to start her graduate studies in Piano Pedagogy after graduation from KSU.

What Are Some Easy Guitar Solos for Kids?