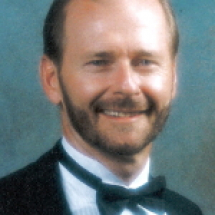 Dan Schreiber has been a professional musician for over 25 years. Raised in Detroit, he began by playing in several bands after completing his studies at the University of Michigan in Ann Arbor. While living in California, he continued working in various groups, but began to concentrate on solo piano, which he found to be more challenging and rewarding. After relocating to South Florida, Dan continued pursuing a solo career, while also working in groups ranging from duos & trios all the way up to 15-piece 1940's-style "big bands". He has acquired an extensive 700+ song repertoire and a wide variety of styles by playing many different types of gigs, performing everything from Broadway Musicals to Rock & Roll, standards, disco, country/western, blues, and everything in-between.

Throughout his career, Dan has had the opportunity to perform with The Drifters, Tammy Wynette, and The Classics IV.

Dan began performing on cruise ships in 1989, as the demanding schedule of working 6 nights per week while traveling to exotic ports of call around the world provided an opportunity too great to turn down. He has worked exclusively for Royal Caribbean since 2001.

In June, 2008, Dan chose to settle in Katy, Texas and concentrate on music education. He continues to perform, but now desires to help students achieve their musical goals and share with others what he has learned throughout his career.

4 Tips to Master Hand Independence on the Piano