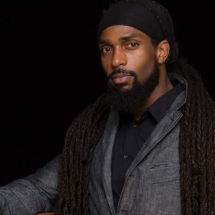 Christopher claims his practice abilities from piano lessons continuously teaches and motivates him to express himself in a variety of different ways including multiple dance styles/body movement, football(sports), culinary arts, languages and of course becoming the next American Ninja Warrior!

Christopher started piano lessons at age three. After five to six years with his first teacher, he went to study with Arleene Antin who was with him until high school graduation. During this time, he competed and won numerous competitions including a variety of different CAPMT competitions, completion of California’s Certificate of Merit program with honors and National Concerto Competitions. In 2005, Christopher received a full music scholarship and his Bachelor’s of Music from Oberlin’s Conservatory where he studied with Alvin Chow.

Christopher has developed perfect pitch which he uses to transcribe and recreate jazz solo masterpieces of the 20th century. Since 2008, Christopher has been invited to perform piano around the World on Carnival and Norwegian cruise lines. Also he has performed regional broadway productions as Duke Ellington, Fats Waller and Art Tatum.