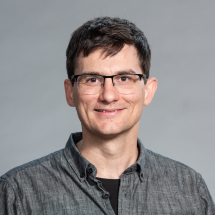 Charlie Lightsey was born and raised in Louisiana where improvisational music can be heard around the community at all hours of the day. Walking through New Orleans as a child, it was not uncommon for him to stop outside a bar where blues and jazz was being played, just absorbing it in awe of the sound and energy of live music. He began with guitar at age 10. Before long, he was writing his own songs and playing in bands with his peers. He began playing trumpet a year later in the school band and took jazz band as an elective- delving fully into the techniques and tools for improvisation. In high school, Charlie found the a capella choir & had his introduction to music theory- applying everything he learned to his guitar playing and songwriting. After moving to Washington in 2009, Charlie studied classical guitar with Edward Hale in Bellevue and has played in bands and taught guitar lessons ever since.