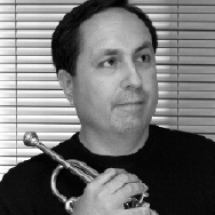 Carlos Lopez has performed as a regular member of the Buddy Brock, Cary Richards, and Ronnie Renfrow Orchestras and the Grammy-nominated Tejano band Avizo, with occasional performances with the Ed Gerlach Orchestra, Ricky Diaz Orchestra, Houston salsa bands and other Houston and out-of-town orchestras performing in Houston and the surrounding area. He has performed in Lohengrin as an extra trumpet with the Houston Symphony Orchestra for the Houston Grand Opera, with the Corpus Christi Symphony on a pops concert weekend, and with American Pops Orchestra on their tour of Chiba, Japan.

Carlos is now performing with his own band. Since the release of his CD DIFFERENT STROKES, demand has been growing for his group to perform for the public. His band has performed at the Houston City Club, Cigar Cigar and Rattan Bistro.