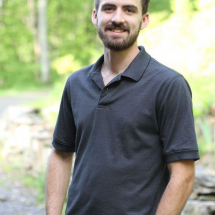 Born in Southern California, raised in Orlando, FL. Brad Baker has been
studying and playing french horn for 12 years. His love of music began
with music classes in elementary school, and progressed into a devoted
passion for French Horn during middle and high school. He marched the
Mellophone in one of the top high school marching bands in the State of
Florida, and graduated as section leader in 2009. Their band placed
second at FMBC that year. Brad's diverse musical experience also
involved singing both tenor and baritone in school and all state choirs,
bass trombone in jazz band, and Principle French Horn in musical
theater orchestra pit performances and FYAO - Florida Young Artists
Orchestra.