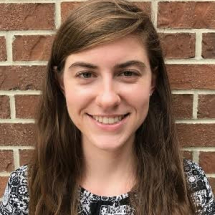 Alexandra Valerio is from Rockledge, FL and graduated from the University of Central Florida. She was introduced to music at age 11, attending an elementary school focused on the arts where she played cello in the school orchestra, bells in the band, and sang in the show choir. She continued with cello throughout middle and high school, performing in All County Orchestra along with solo and ensemble several times. She also briefly played cello in one of the UCF orchestras. She has performed on cello for plays, short films, and a wedding. She loves playing cello because cello performance and performance in a string ensemble is as much a visual as it is an auditory experience both for the performer and for the audience.

Apart from playing cello, Alexandra also dabbles with the piano, singing, and songwriting. She occasionally performs at open mic nights or other events with her sister, fellow Lessons In Your Home teacher, Victoria Lebanoff. She has briefly spent time with string bass and trombone as well, instruments she would like to learn to play in the future. She considers music to be deeply enriching both as an individual and as a social experience, and is convinced that anyone can learn an instrument with enough patience, determination, and a positive attitude.

When not engaging with music, Alexandra still loves to stay involved with the arts. She is an avid reader and writer, studies film, and engages with film projects regularly. Teaching always tends to find its way into her life somehow--whether it be through her role as an intramural sports captain, a leader in a film project, or through her work as a mentor writing consultant at the University Writing Center at UCF. She completed her Bachelor's Degree in 2017.