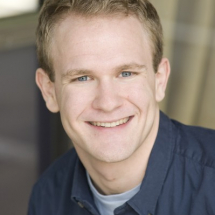 Alex Buhlig is a musician based out of Atlanta GA. Originally from St. Louis Missouri, Alex moved to Atlanta with his parents when he was twelve. While in St. Louis he took piano lessons, played Violin and Cello for his schools orchestra. When he was a teenager he picked up guitar and bass and began playing out at local venues and school events with bands. Alex took lessons from renown session musician Russ Rogers while he was in high school. Upon graduation from High School Alex attend the University of Alabama where he continued his musical endeavors while earning a degree in Film and Television Production. While he was in University he spent his free time writing music, and playing out in local bars. After graduation Alex returned to Atlanta to pursue work in the Film and Television industry and found his niche as a composer for projects. In addition to scoring independent films, and composing jingles Alex is composing original material in hopes of gigging in Atlanta.

With a comprehensive knowledge of theory, technique, styles, and application Alex is always looking to bring his love and appreciation for music to others.