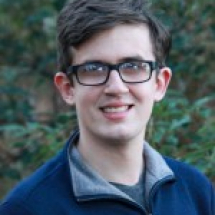 Aidan Amato began developing his lifelong love of music at the age of five. It was at this age that he began studying the piano and has been an active musician ever since. An avid French horn player as well as a pianist, Aidan sparked his love of teaching as a member of his high school band program, in which he played a key role in guiding the younger members of the band. His experiences in high school led him to perusing his Bachelor of Music Education from the University of Central Florida. While a student at UCF, Aidan studied both the horn under Dr. Johnny Pherigo and Dr. Benjamin Leiser and studied the piano under Dr. Yun-Ling Hsu. He performed as a member of musical ensembles such as the Symphonic Band, Wind Ensemble, Symphony Orchestra, and the Marching Knights performing on both the piano and the horn. On top of his student responsibilities, Aidan maintained a small piano lessons studio and performed with many students, both grade school and college, as a piano accompanist during this time.

Aidan graduated with his BME in Fall of 2020 and has since continued to expand as a private teacher in the Orlando area. In addition to his private studio, he currently works as a teacher on the Grow and Sing private lessons team. Aidan’s educational philosophy is centered around the idea that there is innate potential in every student. Aidan believes that what each student needs to succeed is unique and works to meet each student’s individual musical needs each lesson. Aidan has been described as helpful, insightful, and encouraging by his students, and looks forward to helping all of his students to find success at the piano and the French horn.