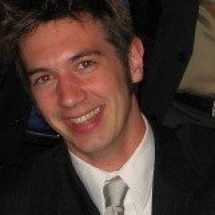 Adam Green received his M.M. in Saxophone Performance from the University of Nebraska-Lincoln in 2011, where he studied with Dr. Paul Haar. During his time at UNL, Adam held teaching assistantships in both the saxophone studio and the music theory department. In 2009 he received a B.M. in Saxophone Performance from Wright State University under the tutelage of Dr. Shelley Jagow.

As a performer, Adam has maintained an active schedule both as a soloist and ensemble musician. He has been featured in concerto appearances with the Fairmont High School Wind Ensemble, Wright State University Symphony Orchestra and the Wright State University Wind Symphony. He has performed on master-classes for renowned performers such as Jean-Marie Londeix, William Street, Griffin Campbell, David Nabb, the Amherst Saxophone Quartet and the Chiara String Quartet. Adam's professional experience includes performances with the Dayton Philharmonic Concert Band, as well as consistent engagements with the Omaha Symphony and Opera Omaha.